a. Regarding agriculture and rural areasAgricultural production continued to change, going into depth, improving the efficiency and quality of commodity products, forming the links between production and consumption as a premise for linking production along the price chain. treatment; enhance the application of scientific and technological advances and mechanization to production, apply new production processes to plants and animals, attach to consolidation and development of cooperatives. Along with the expansion of rice-linking fields and the results of piloting agricultural restructuring in Phu Duc commune, localities have built many effective production models: converting inefficient rice land to planting. corn, sesame rotation on summer-autumn rice land, production of safe vegetables, scattered mango-growing models, safe and disease-free farming and aquaculture models,08 agricultural products granted trademark protection and vegetable products of Hoa An and Cooperatives of Safe An Hoa Commune, Long Thuan Commune and My An Hung B Commune Safe Vegetable Production Cooperative have been sold. in Đồng Tháp Supermarket. The branches and functional units prepare well conditions for the cooperation with the Dutch and Japanese partners on the development of ornamental flowers, rice, aquatic products and fruit trees, with the Rural Development Group. South Korea (KRC) on the Public-Private Partnership (PPP) project in the field of agriculture (estimated area of implementation of 30 thousand hectares), opens up new prospects for local agricultural development.

The new rural construction program has been actively implemented, all levels, sectors and unions have been more proactive in developing and implementing the program implementation plan, launching extensive campaigns for people to participate in. infrastructure construction works; promote production development; maintaining social order and security and taking care of people's lives ...; creating significant changes, bringing practical benefits to rural people. By the end of 2014, there were 05 communes meeting new rural standards, 18 communes meeting standard standards, 84 communes meeting 10-15 criteria and the remaining 12 communes meeting 7-9 criteria. The cooperative economic sector has been strengthened to implement, has developed and implemented the Plan of conversion of agricultural cooperatives according to the 2012 Cooperative Law and the pilot model of selling shares to members. Agricultural cooperatives .

b. About industry, trade-service and tourismAlthough there are still many difficulties, with the active support of all levels and sectors, especially the flexibility in using and promoting effectively the resources, enterprises promptly remove difficulties and obstacles to maintain and develop production in the direction of improving the quality and efficiency, increasing the competitiveness of products along the industry value chain, developing new products such as processing products from rice flour, glutinous rice flour, refining bran oil, fish oil .... Craft villages are supported to improve, renew equipment, improve quality, design and competitiveness of products, in 2014 there were 11 industrial products recognized by the Provincial People's Committee. Typical rural industrial products at provincial level. These results have significantly increased the motivation for the industry to maintain and develop production. The production value of the industry was estimated at VND 16,427 billion (1994 prices), an increase of 8.65% compared to 2013.

Domestic trade activities were quite stable, the purchasing power of people increased over the previous year. The total retail sales of goods and services is estimated at 56,227 billion VND, an increase of 16.2% compared to 2013. Exports of goods, despite being fiercely competitive in price and quality and many barriers of importing countries However, with the positive and dynamic of enterprises in expanding markets, the export turnover grew quite well, estimated at 683 million USD (excluding petroleum re-export), exceeding the plan by 7.7%, up by 14 , 9% compared to 2013; Import turnover is estimated at 559 million USD, up 4.4% compared to 2013.Tourism activities are concerned and support development. Has developed and implemented the Provincial Tourism Development Project for the period of 2015-2020, encouraging and creating favorable conditions to attract economic sectors to participate in the implementation. The image of Be Sen, the symbol of Dong Thap, has been well-known to many domestic and international visitors. In 2014, an estimated 1.85 million visitors came to visit and travel. Total tourism revenue is about 297 billion dong.

Enterprises and business households are maintained developing, gradually improving the quality, operational efficiency, expanding production scale, associating with branding; It is expected that in 2014, there will be 250 newly established enterprises, a decrease of 56% compared to the previous year (due to the fact that in 2013, gold trading households transferred to enterprises according to the Government's Decree No. 24/2012 / ND-CP on business activities). gold trading) and there were 4,336 households registering for business, up 12.2%. There were 257 enterprises temporarily stopped operating, abandoned business addresses or dissolved, there were 2,006 business households stopped operating and there were 31 enterprises re-operating.Total development investment capital of the whole society is estimated at VND 9,350 billion, accounting for 18.7% of GDP. Of which, the estimated investment capital is VND 2,737 billion, accounting for 29.3% of the total social development investment capital; focus on investing in traffic works, irrigation works, embankments to prevent landslides, infrastructure of border gate economic zones, industrial zones, clusters, education and healthcare infrastructure, infrastructure of new rural communes ...

2. Regarding culture, society and environmenta. Social security and employmentMany plans and tasks have been promoted, especially social security policies, focusing on timely care for people with meritorious services to the revolution, poor households and social protection beneficiaries. children in difficult circumstances, subjects of labor export, especially the work of taking care of the lives of cadres, soldiers and people in border areas and islands; held many 60th anniversary events to gather troops in Cao Lanh. Labor export has made positive changes, the province has issued policies to support workers participating in labor export; The concept and awareness of the people is that innovation and labor export are not only for the purpose of poverty reduction but also for human resource investment, a condition to attract investment and increase motivation for development. Socio-economic province. Performance results in the year: creating jobs for 31,875 laborers, including 125 labor export people, unemployment allowances for 4,846 laborers; the rate of poor households is 5.38%, down 2.1% compared with 2013; build 112 new houses of gratitude.

b. About population, health care for peopleDisease surveillance is well implemented; outbreaks were detected promptly and effectively handled, controlling infectious diseases, especially 02 dengue fever and hand, foot and mouth disease, although these two diseases still circulate at high levels. Medical facilities, equipment and human resources are interested in investing, gradually improving the ability of medical examination and treatment for people; propaganda on health education, disease prevention, food safety and health insurance has been strengthened. However, the situation of overcrowding in patient beds has not been effectively overcome, the policy of medical examination and treatment with health insurance has not attracted people to participate in health insurance, the proportion of people participating in health insurance has not reached the plan (58% / 65%).

c. About education and trainingThe size and network of schools and classrooms at all levels continues to be strengthened and developed to meet the learning needs of local people's children; The rate of mobilization of school-age children has increased, including 99.9% in primary schools, 95.8% in lower secondary schools and 53.1% in high schools. The solutions of the Project on improving the quality of education at all levels are focused on effective implementation, reducing the number of students with weak and weak learning capacity and dropping out of school, maintaining the graduation rate of over 98%.

d. On science and technology; environmental ProtectionScientific and technological activities closely follow the actual situation and local development requirements. The state management of technology and intellectual property is concerned, so far 08 provinces have been granted trademark certificates and 03 products for trademark protection abroad.Environmental protection is paid attention to better directing, through propaganda and education, to raise awareness and responsibility of sectors, levels and people in responding to climate change and preventing natural disasters. ear. The licensing of exploration and exploitation of natural resources strictly follows the current regulations, step by step strengthening and improving the state management of natural resource exploitation and protection.

dd. About culture and sportsCultural and sports activities have performed well, socialization has brought a new breath of life in the fields of cultural and sports activities in the province, consistent with the general development trend of the commune. to meet the needs of daily life and entertainment among the people: Spring Cultural Festival, New Year's Eve Festival to celebrate the Party - celebrate Spring, the anniversary of the death of Mr. Nguyen Sinh Sac, Mr. and Mrs. Do Cong Tuong's death anniversary. sport activities associated with the campaign of "All people exercise their body in the example of the great Uncle Ho", deeply implementing the universal program of swimming against drowning for children. 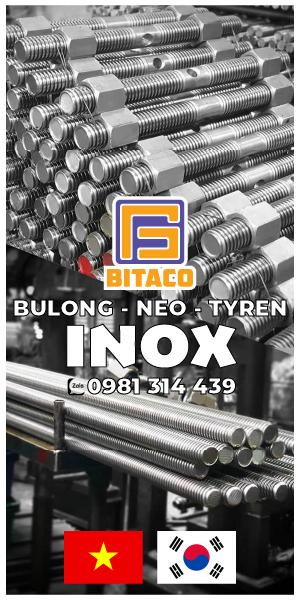