With value of VND30 trillion, stable growth and low average consumption per capita, the Vietnamese vegetable oil market is attracting many foreign enterprises.

Malaysian Minister of Industry Teresa Kok, during her working visit to Vietnam last week, commented that Vietnam is a potential market for the palm oil industry. Vietnam needs 1.5 million tons of cooking oil each year, but domestic production can satisfy 40 percent of the demand, while the remaining must be fed by imports. 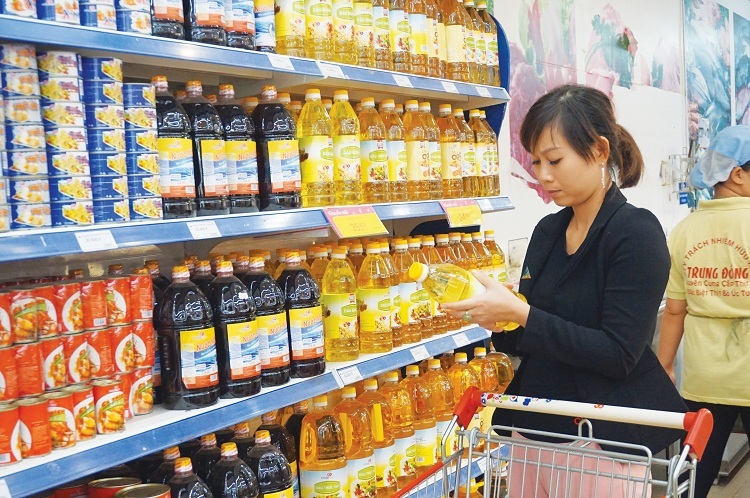 The company jumped into the vegetable oil market buy acquiring Tuong An Vegetable Oil JSC. Also in 2015, Kido cooperated with Felda Global Ventures (FGV) Indonesia Trans Logistics (ITL), the deal that helped it get the stable supply of palm oil materials. Prior to that, Kido acquired 24 percent of capital of Vocarimex.

The high growth rate of the sector then prompted Kido’s leaders to raise its ownership ratio in Tuong An to 65 percent in late 2016 and in Vocarimex to 51 percent in mid-2017.

Other investors have also poured money into the sector. Sao Mai Group based in An Giang province spent VND500 billion to build a factory that makes oil from catfish fat.

According to the Ministry of Industry and Trade (MOIT), Vietnam’s vegetable oil consumption per capita will reach 16.2-17.4 kilograms per annum by 2020 and 18.6-19.9 kilograms by 2025. Vietnamese consumers now tend to shift from animal-based oils to healthy vegetable-based cooking oils.

Citing figures to prove the high growth rate of the Vietnamese vegetable oil market in recent years, Kok said in 2018, Vietnam imported 453.260 tons of palm oil and in H1 2019, it imported 242,700 tons from Malaysia, an increase of 23,200 tons compared with the same period last year.